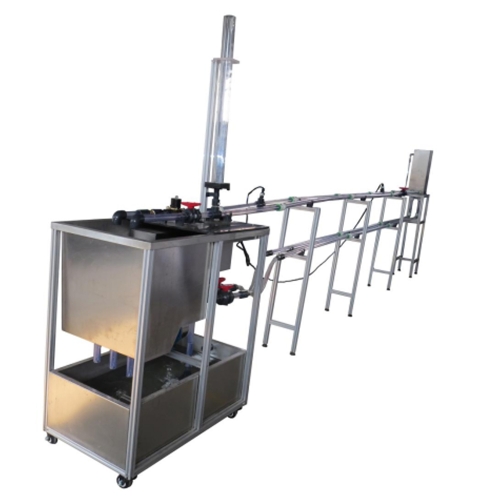 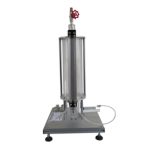 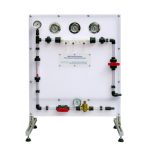 operation of a surge chamber

determining the sound velocity in water

In structures such as hydroelectric power plants, or in systems for supplying water, changes in flow rate result in pressure fluctuations. For example during startup and shutdown of hydraulic machines or by opening and closing shutoff elements. There is a distinction to be made between rapid pressure changes that propagate with the sound velocity(water hammer) and slow pressure changes caused by mass oscillations.

The water is supplied and the flow rate measured by the supply unit.

determining the sound velocity in water

understanding how a surge chamber works

natural frequency in the surge chamber

has been added to your cart:
Checkout
Go to mobile version