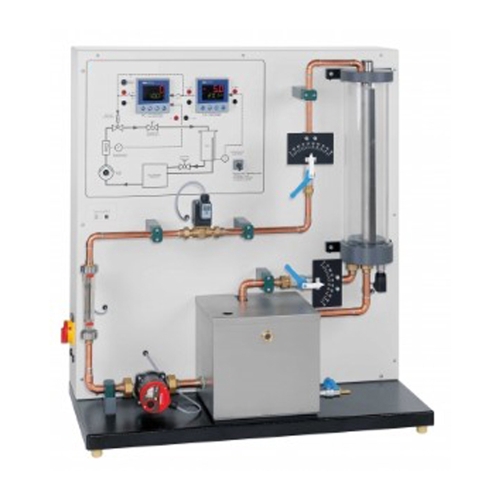 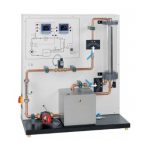 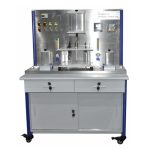 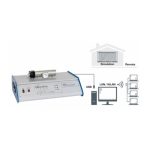 The module should enable theoritical analysis and the expireament of the following main subjects General chrastarestic of transducer; flow transducer; windmall flowmeter
Main subject of automatic control theory for linnear and countinousin -time system
types of regulator P1D regulator (prportional-intergrative-derivative)
Response of the P1D regulator to the typical signals
The experimental unit provides a comprehensive experimental introduction to the fundamentals of control engineering using an example of combined flow and level control. The level and flow rate can be controlled individually and as a cascade. In cascade mode the level is the primary controlled variable. The flow control then provides optimum adjustment of the controlled variable to the reference variable (setpoint).
All components are clearly laid out on a vertical panel. The large-format process scheme provides an aid to understanding. A pump delivers water from a storage tank into a piping system which contains a rotameter. From there the water passes into the transparent level-controlled tank. The level is measured by a pressure sensor installed at the base of the level-controlled tank. The controllers used are two state-of-the-art digital industrial controller. The actuator in the control loop is an electromagnetic proportional valve. Ball valves in the tank outlet and in the pipe system enable defined disturbance variables to be generated. The controlled variable X and the manipulating variable Y can be tapped as analogue signals at lab jacks. This enables external recording equipment, such as a plotter or an oscilloscope, to be connected.

has been added to your cart:
Checkout
Go to mobile version